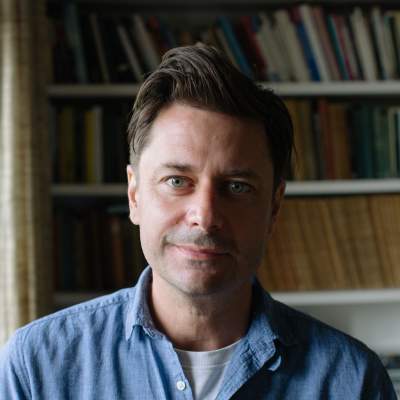 Teaching: Papers on English literature from 1350 to 1660; graduate teaching in early modern literature, including the history of the book 1450–1650.

I am interested in the ways texts are composed, circulated and consumed: this means thinking about the connections between literature and the history of the book. Lots of my work focuses on literature from 16th- and 17th-century England, but I’m excited by writing from all periods. I have written three monographs – Material Texts in Early Modern England (Cambridge University Press, 2018), runner-up in the SHARP DeLong Book History Prize; Autobiography in Early Modern England (Cambridge University Press, 2010); Profit and Delight: Printed Miscellanies in England, 1640–1682 (Wayne State University Press, 2004) – and I have edited or co-edited four collections: Book Parts, with Dennis Duncan, a collection of essays on the history of parts of a book (title-page, errata list, chapter heading, blurb, index, wrapper, running-head, etc.) (Oxford University Press 2019); A History of English Autobiography (Cambridge University Press, 2016); Book Destruction from the Medieval to the Contemporary (Palgrave 2014, with Gill Partington); and A Pleasing Sinne: Drink and Conviviality in Seventeenth-Century England (Boydell and Brewer, 2004). I also co-edited, with Juliet Fleming and William Sherman, a special edition of the Journal of Medieval and Early Modern Studies (2015) on ‘Renaissance Collage: Towards a New History of Reading’, exploring knives, scissors and glue as tools of reading. I’ve also published on Shakespeare and laughter; George Herbert and Little Gidding (my 2012 article for English Literary Renaissance won best article in ELR for the year); authorship; books and the senses; William Strode; Ben Jonson’s creative practices; jokes; diaries; commonplace books and verse miscellanies; almanacs; reading practices and annotated books; textual transmission; and satire. With Professor James Daybell, I am the co-editor of Routledge’s (formerly Ashgate’s) book series Material Readings in Early Modern Culture: the series currently has 23 titles. With Gill Partington and Simon Morris, I am co-founder and co-editor of the material texts journal, Inscription: the Journal of Material Text — Theory, Practice, History (2020-).

In 2018 I received the Special Recognition Award at the Oxford University Student Union awards for teaching, for outstanding service to the undergraduate and graduate community.

Current and recent research projects include:

I enjoy thinking of creative ways of presenting my work. Recent and current creative projects include 13 March 1911 (reviewed here), a collaged account of one day in history; a collaboration with Laurence Sterne’s Shandy Hall, as a Knowledge Exchange Fellow, on an exhibition on writing surfaces; a collaboration with artist Nicola Dale on an immersive installation that explores the experience of the archive. I am also a co-founder of the 39 Steps Press printing collective.

You can read my weekly mini-essays on literature, art, music, and material texts at TEXT!

I enjoy presenting my work both within the academy (recent talks include Yale, Johns Hopkins, Cambridge, the Shakespeare Institute, Exeter, and UEA) and beyond: I write regularly for the Times Literary Supplement and the London Review of Books (for example, ‘Double Act’), and have appeared on TV and radio in the UK and abroad (for example, on ‘Orton, Halliwell and Book Defacement’). With the literary journalist James Kidd, I (fitfully) host the literary discussion podcast and radio show LitBits.