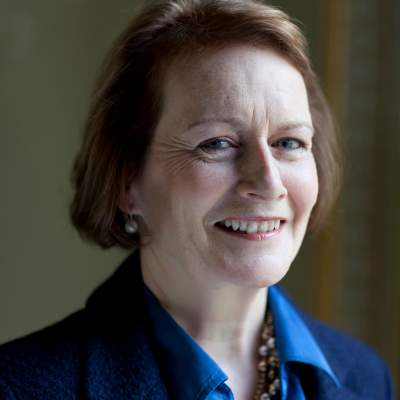 Dame Helen Ghosh read Modern History at St Hugh’s College, Oxford, from 1973 to 1976 and was a Senior Scholar at Hertford College, where she completed her MLitt on the cultural history of sixth-century Italy. She left Oxford to join the Civil Service, where she worked for 33 years in a variety of government departments, including the Department for Housing, Communities and Local Government, Cabinet Office, HM Revenue and Customs and the Department for Work and Pensions.

From 2005 to 2010, Helen was Permanent Secretary at the Department for Environment, Food and Rural Affairs, and from 2010, Permanent Secretary at the Home Office. She was appointed a Dame Commander of the Bath in the 2008 Birthday Honours. She left the Civil Service in 2012 to become Director General of the National Trust, and took up her role as Master of Balliol in April 2018.

While a civil servant, she was particularly interested in social exclusion and urban regeneration policies, and in a variety of local and global environmental issues. She is a Visitor of the Ashmolean Museum and a Trustee of the Rhodes Trust.